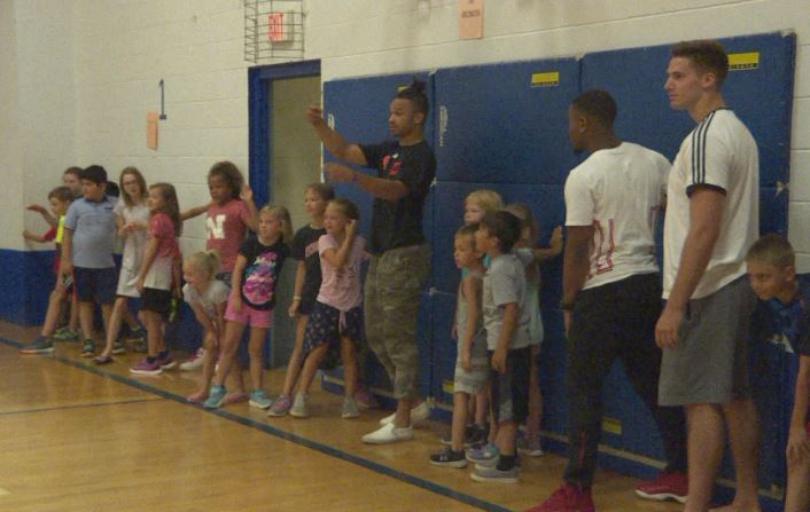 Summer CLC is in full swing. Thanks to Nebraska Huskers for supporting Belmont!!

Some lucky kids got a chance to meet University of Nebraska athletes on Wednesday, including several Husker football players.

“This community, this fan base means so much to us and they do so much for us so it’s awesome whenever we can to come out here and hang out with the kids and have some fun,” Husker football player Avery Anderson said.

These type of visits to community centers around Lincoln mean a lot for everyone involved.

Avery Anderson, a fifth-year safety for the Huskers, said events like this make their day just as much as it makes the kids.

He says he hopes the kids see the importance of education and reaching for goals in visits like this.